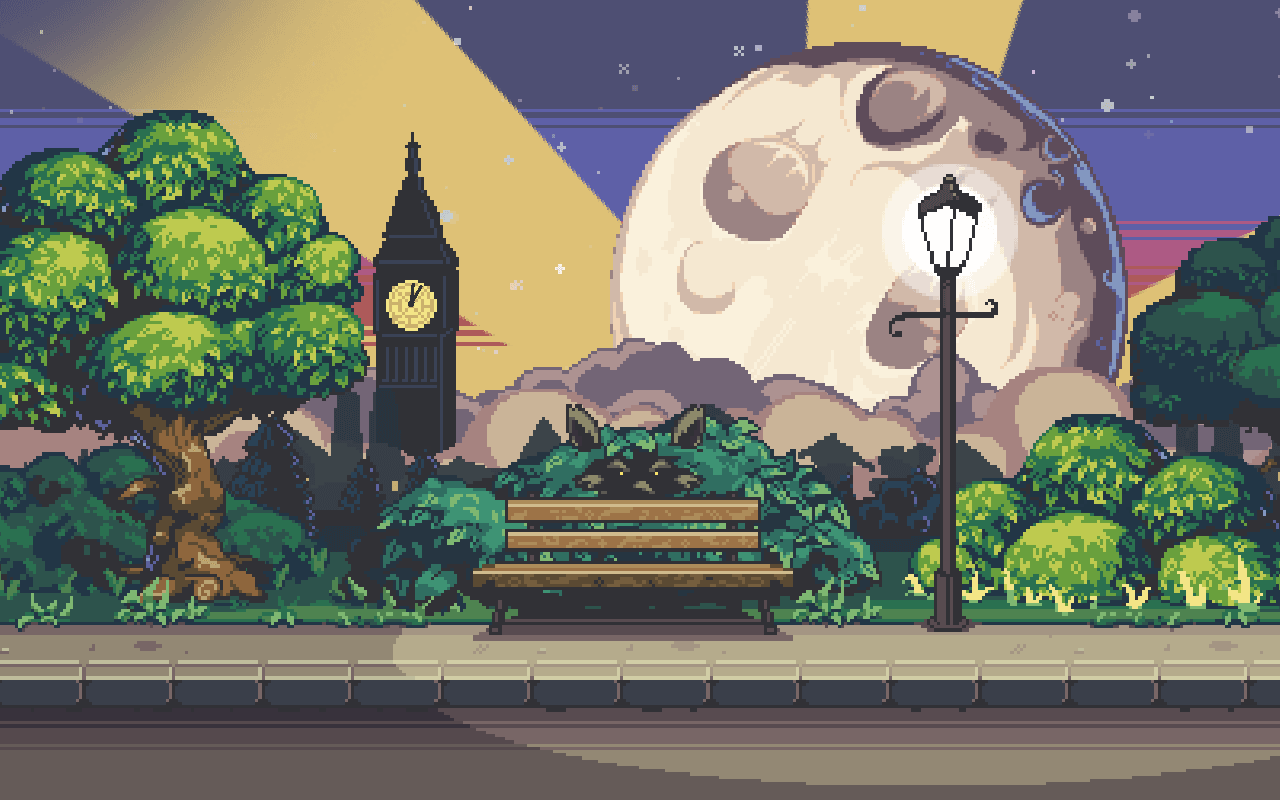 Become a Werewolf. Eat people. Don’t be seen! Become the Big Bad Wolf of Werewolf Park in this werewolf stealth simulation game. Eat as many people as you can, but pace yourself, try not to be seen, and do not let witnesses escape. After all, things could get tricky if too many people become aware of your existence!

Werewolf Tycoon is a collaboration between indie developers Joe Williamson and Sam Twidale. Sam and Joe were university housemates and frequent computer science project collaborators. The idea for Werewolf Tycoon started out as a sketch of two eyes peering out from a bush behind a park bench, with no clear ideas for gameplay. Initial ideas developed as Joe and Sam contemplated doing a “quick jam game” during their last year at university. A year later, they finally committed to trying to throw a Halloween game together — with only two weeks left before Halloween! Joe live-streamed almost the entire development of the game on Twitch. After failing to meet the self-imposed Halloween deadline, Joe and Sam proceeded to finish and release the game in November 2014. Almost two years later, Sam and Joe vowed to release a massive Halloween update before the end of October 2016, and succeeded with just a few days to spare! The update introduced powerup items, new types of people to eat, rebalanced gameplay difficulty, several new secret Easter eggs to discover and more.